Photos 2-6: MiG-25RBT ‘Red 45’ after overhaul at the MiGremont maintenance and repair facility, Zaporozhye, Ukraine, 1997. As evidenced by the continued presence of the Soviet-era red star insignia, ‘Red 45’ was inherited by Ukraine after the dissolution of the USSR, but never put into service by the Ukrainian Air Force. 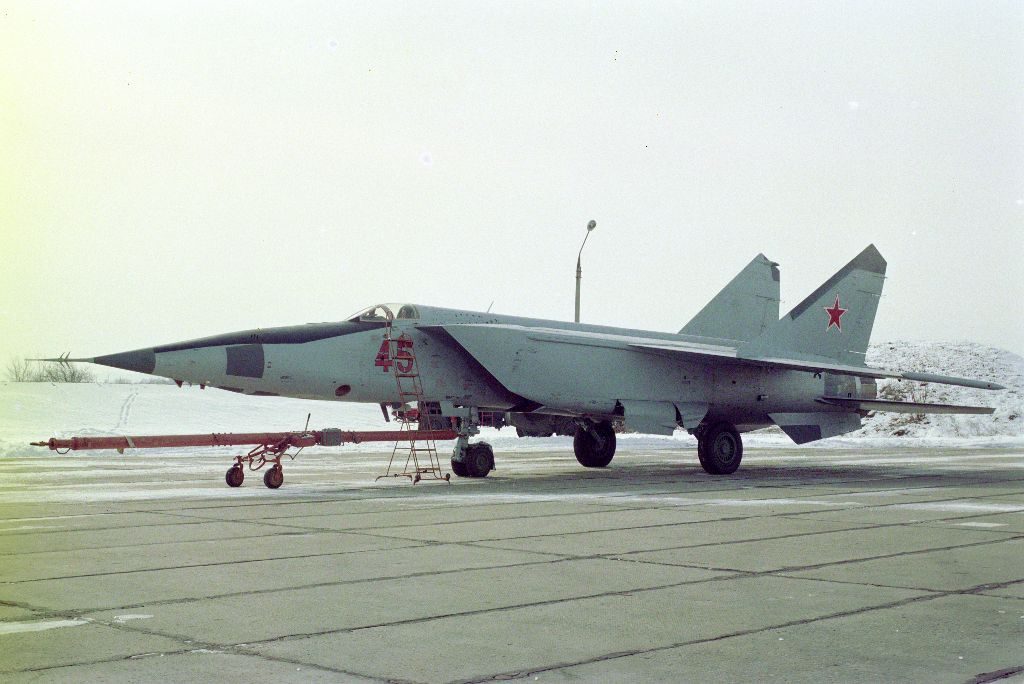 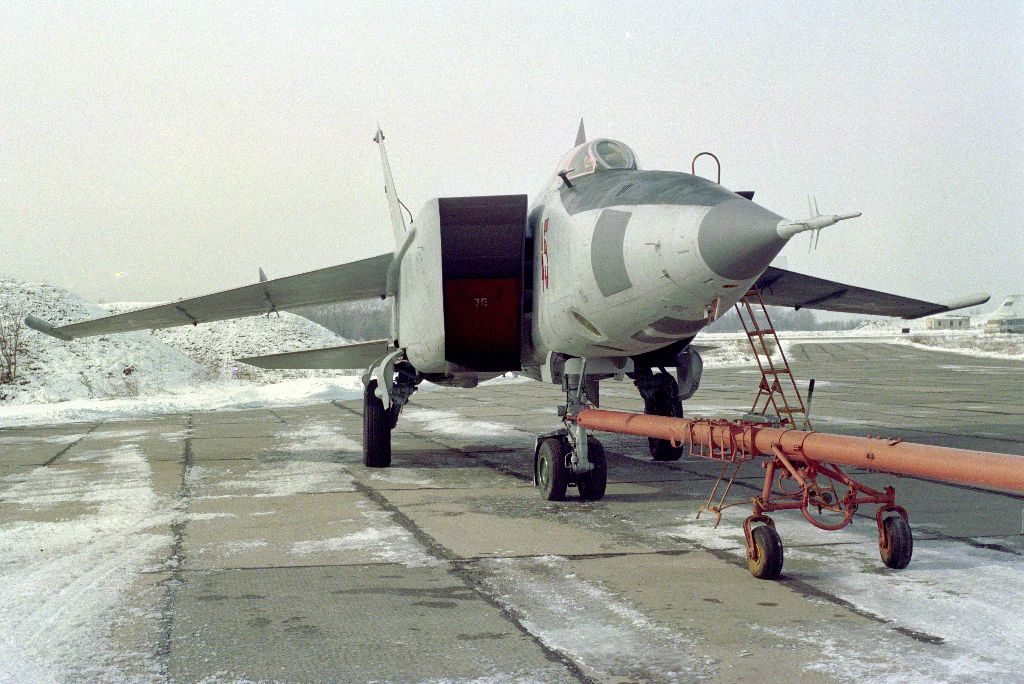 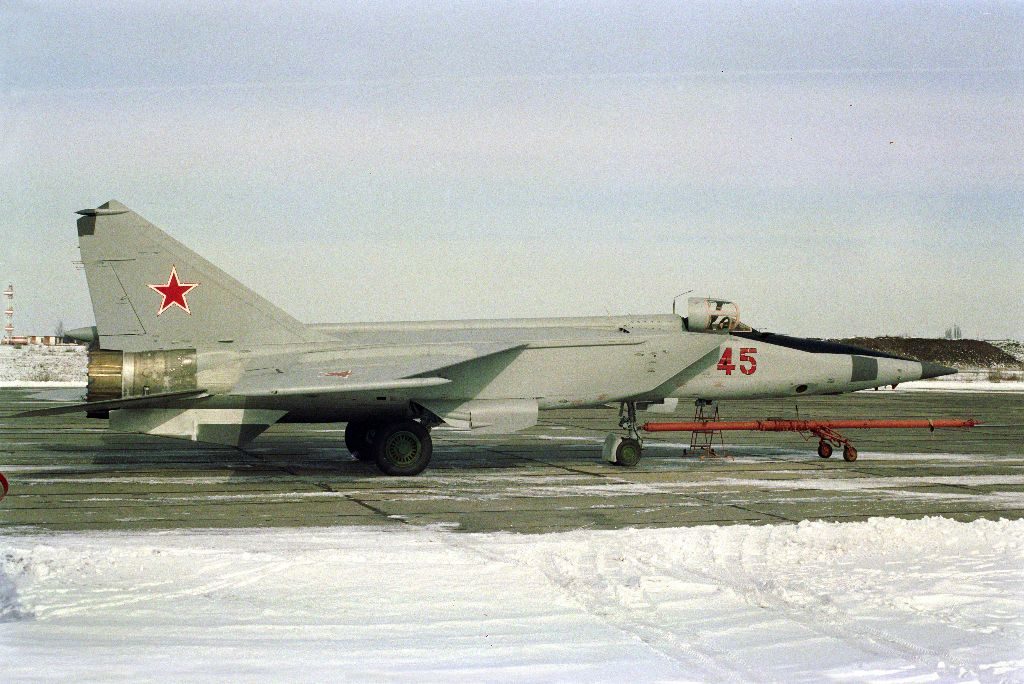 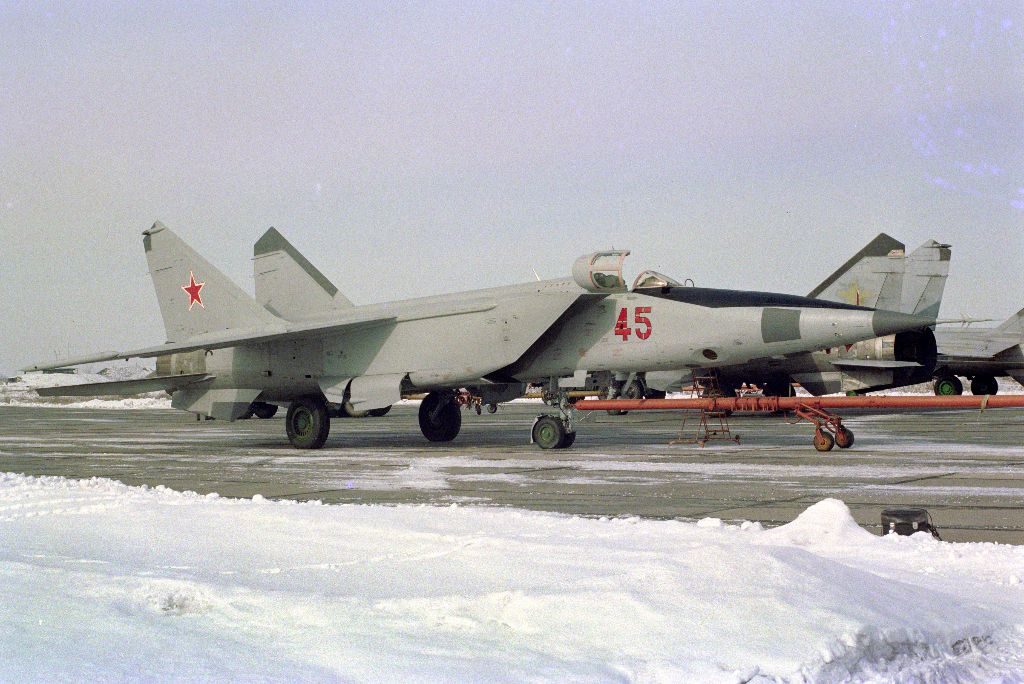 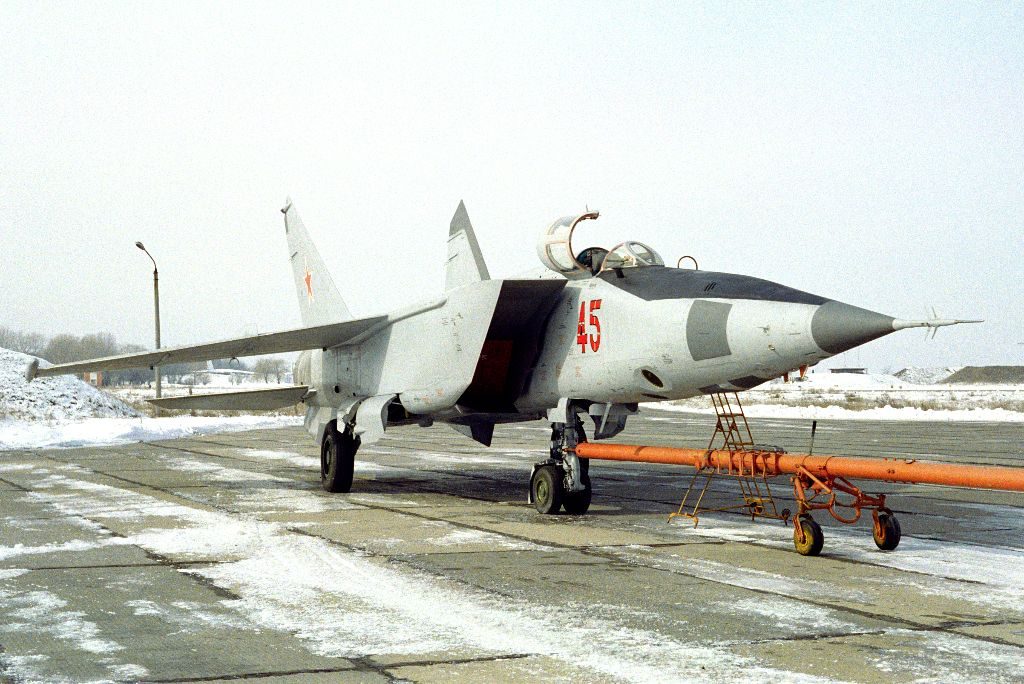 Photo 7: MiG-25RBT ‘White 40’ photographed in the summer of 1997 at Lipetsk 2 Air Base, home of of the Russian Air Force’s snappily named ‘4th Centre for Combat Application and Training of Air Crew Awarded the Red Banner and Order of Lenin and named after V.P. Chkalov’ or, more concisely, the 4. TsBPiPLS.

Lipetsk Air Base complex is effectively two airfields rolled into one. Lipetsk 1 is a storage facility, its taxiways and runways accommodating large numbers of retired MiG-23, -25 and -31 airframes, while Lipetsk 2 is home to the 4. TsBPiPLS. The final destination of ‘White 40’ was undoubtedly the storage facility. 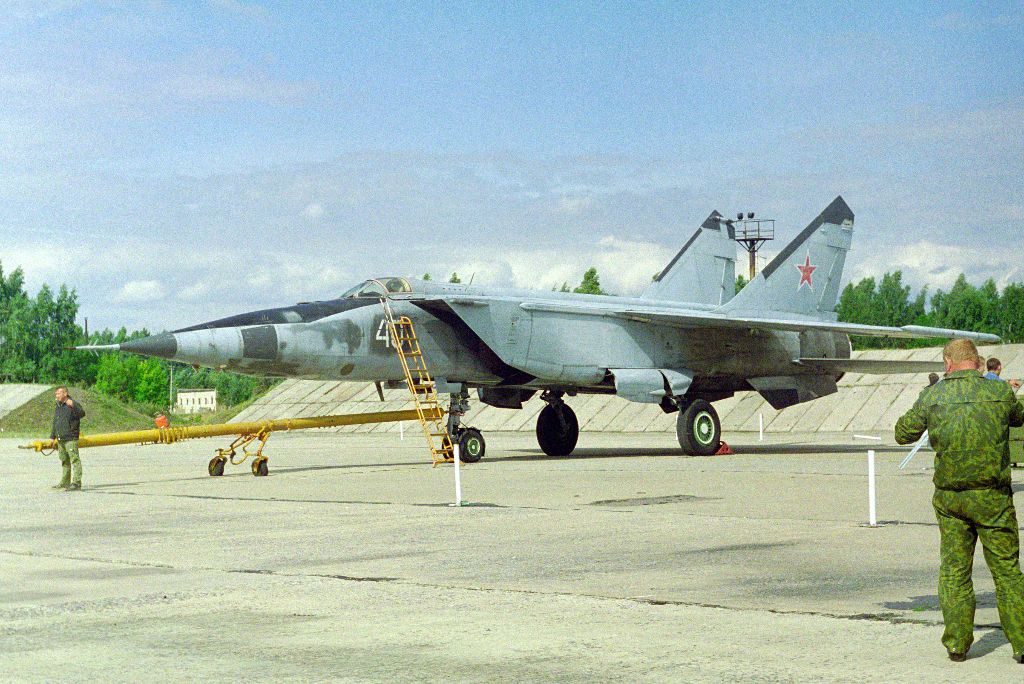 Photos 8 and 9: Another MiG-25RBT post-overhaul at MiGremont in 1997. ‘Blue 73’ was actually inducted into service with the Ukrainian Air Force after independence, along with a handful of other recce Foxbats. All were retired after a couple of years. Some airframes, such as ‘Blue 73’, were overhauled at Zaporozhye and flew on as MiGremont company demonstrators as the facility tried to expand its international customer base. 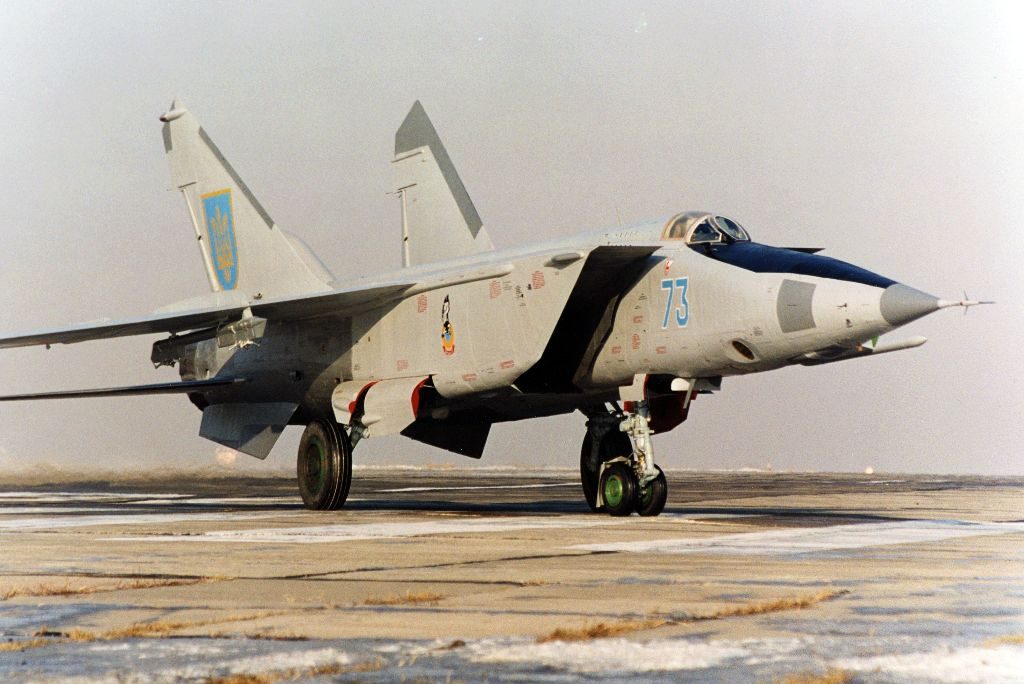 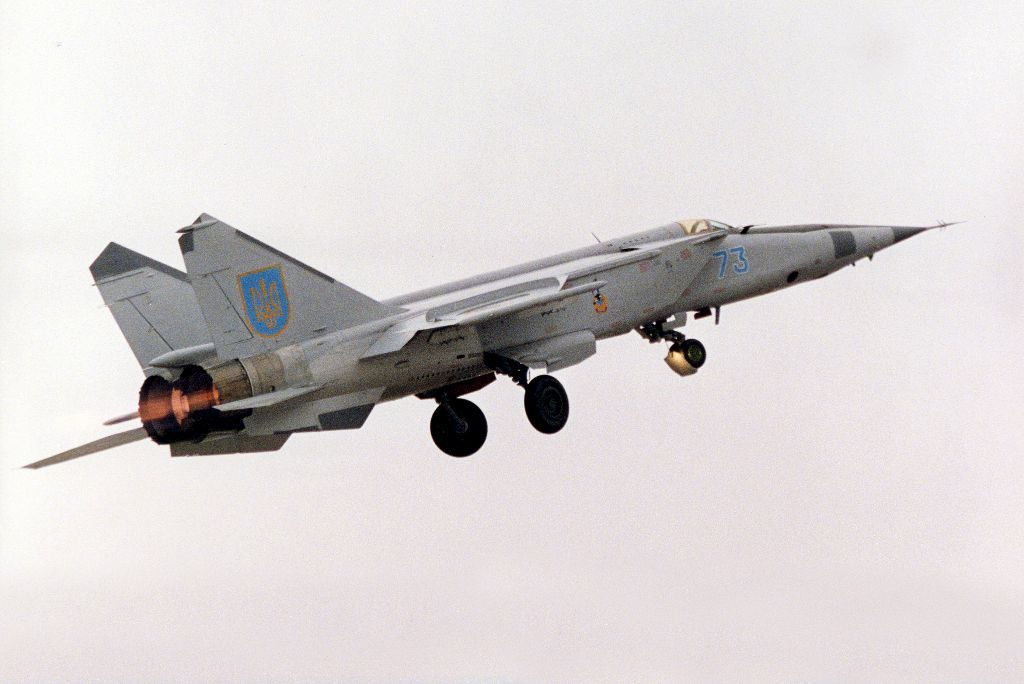 Photo 10: One of MiGremont’s international customers was Algeria. MiG-25RBT ‘FG-34’ is seen here during overhaul in the mid-1990s. 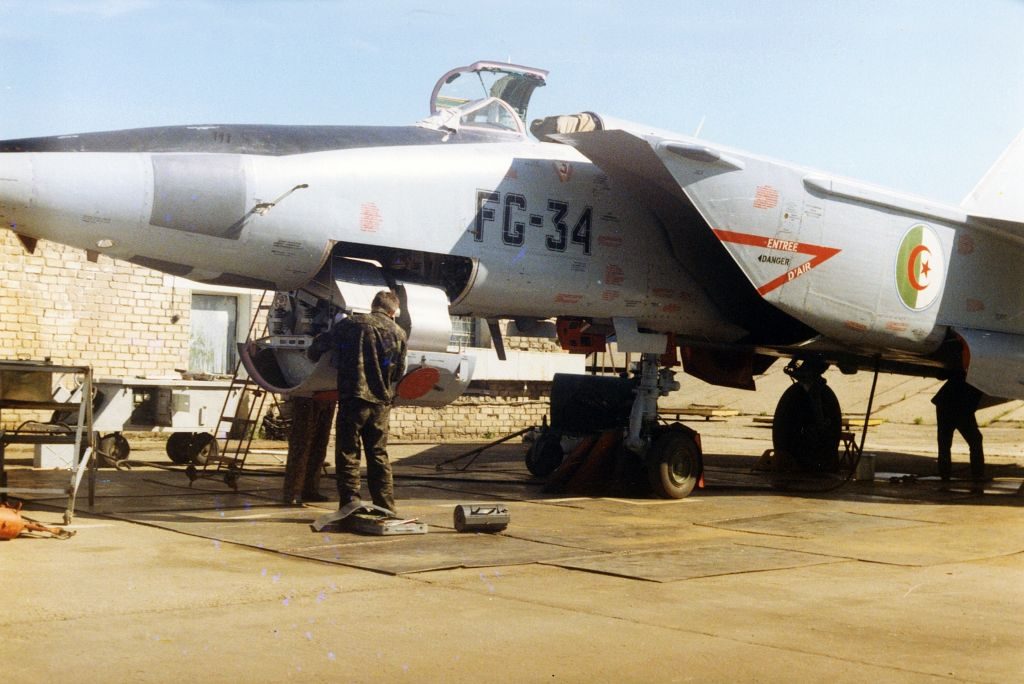